The figure below shows the high level goals we have for the 13-14 releases. Think we should be more ambitious? We welcome your comments. If you register we'll notify you when new patterns are published 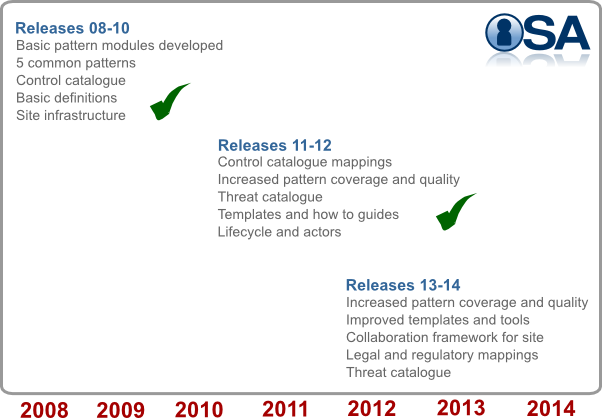 We aim for a major release on a yearly basis to allow time for new patterns to be developed and stabilize. The constant focus will be on extending pattern coverage as we believe this is the core value OSA provides. However we hope to find time to put together a decent threat catalogue, extend the control catalog with tests and mappings to common standards, and develop a solid frameworks so you can easily use in your environment.

Please find details for the specific releases we have planned in the list below. The naming convention is Year_Month.